Upon arrival, we will collect you and drive to Casablanca where you’ll visit the Hassan II Mosque, the largest outside Mecca, and experience the coastal Cornish seaside. Afterward, we will leave for Rabat, the capital of Morocco. Here, you’ll see the Hassan Tower, the Oudaya Kasbah before checking in to your Hotel, Riad at the heart of the Medina. Overnight in our Hotel/Riad.

After breakfast in your hotel, you can start the road to Chafchauen, to get there in the mid-day for exploring the medina of Chefcahouen. A beautiful unique city with its white-washed walls and its blue doors and windows. Unlike many parts of Morocco, this city was occupied by Spain and the influences of Spanish civilization and architecture are all around. You’ll also have the opportunity to meet locals and walk in this beautiful City. Overnight in Riad.

Today we drive from Chefchaouen to enjoy a guided tour of Meknes. We start our guided tour in front of the impressive 18th century Bab Mansour, the ornamental gate to the imperial city of Meknes built by Sultan Moulay Ismail. We continue our tour to the small but impressive Mausoleum of Moulay Ismail. Then we will pass by the entrance of the Meknes Royal Palace and end up at Moulay Ismail’s massive Heri es Sorani. This was his personal stable & granary for his 12,000 horses. After lunch, we’ll make our way through the rolling hills for a guided visit of the impressive Roman ruins of Volubilis, as a UNESCO World Heritage Site and the best-preserved Roman ruins in this part of Northern Africa Listen to your local guide explain about life in the Roman Empire as you peer into old bathhouses, marveling at the still-present mosaic floors and gazing up at the towering marble pillows. We leave the Roman Empire to make our way to Fes. Overnight in Riad.

Enjoy a guided city tour to Explore dramatically the first imperial city of Morocco, Fes: this UNESCO World Heritage Site was founded in the 9th century and is home to the world’s oldest university. The first stop of the morning is a visit to the entrance of the largest royal palace in Morocco We will also visit the medieval Medina with its Medersas (religious Islamic universities) Attarine and Bou Ananía, the Nejjarine fountain, the Moulay Idriss mausoleum, and the Karaouine Mosque University. Enjoy a Moroccan lunch at a traditional restaurant in Medina. Afterward continue to explore the medina and Its narrow alleys house hundreds of merchants and craftsmen selling a range of products such as dates, fish spices, copper urns, and musical instruments. A night with breakfast at the Riad.

In the morning, we will go into the middle atlas mountains to a region known as Imouzzer, which is blanketed by forests of cedar, juniper, and cork oak. The area is well known for having abundant wildlife and we may see many types of birds, wild boar, and Barbary apes on our scenic drive. Then the road will start to climb into the Middle Atlas Mountains where we may see the slopes dotted by the tents and goat herds of nomadic Berbers who call this rugged region home. After lunch in Midelt, we continue on mountain roads overlooking the wide-flowing Oued Ziz. Passing Kasbahs and palm groves we pass through the adobe colored city of Errachidia and arrive in the late afternoon to Merzouga, a city on the outskirts of the Desert where we will spend the night qt the hotel.

In the morning, we start our tour around the dunes of Erg Chebbi. We will visit a Berber house and listen to some Gnawa music; originally from Ghana and Sudan. We will visit some deserted mines, Berber nomads, and an oasis of palm trees. For lunch, we will head back to Merzouga. After relaxing for a time we will go for the camels that are waiting to take us on an adventure in the sand dunes. We will spend the night in an equipped camp with drums music in the middle of the Sahara, which is a great opportunity to take lovely pictures of the sunset and sunrise. When we arrive at the camp, we climb the high dunes to see the sunset and spend the night in nomad tents.

You can wake up early to watch the sunrise from the top of a high dune. Breakfast and then return with the camels to the hotel where we can take a refreshing shower. Rissani and Erfoud left to visit the fossil marble factory before moving on to the palm groves and Tinjdad Touroug. Reach one of the strengths of the South: the Todra Gorge. The channel of the River Todra gorge has formed a vertical wall of huge proportions and great beauty is a paradise for climbers and unique. Lunch on-site and a half-hour walk quietly to see the gorges, the afternoon continues to the Dades Valley through Boumalne. Dinner and overnight at the Dades Gorges as selected hotel category.

Marrakech is surrounded by imposing stone walls from its medieval days as the wealthy capital of an empire. Within those well-preserved fortifications are palaces of red-hued stone, gardens, and palm groves, and a Medina of narrow streets and arches packed with fascinating souks and stalls, which have long held a mystical attraction for visitors. Begin today’s exploration of Marrakech at the magnificent Saadian Tombs, which date back to the 16th century; the burial site of 166 members of the Saadian Dynasty, the tombs were sealed up and forgotten for centuries, then discovered in 1917. From the Saadian Tombs, ride a horsedrawn carriage through the city to the Gardens Majorelle, the masterpiece and former home of French-born artist Jacques Majorelle, designed in the 1930s and later owned by Yves Saint-Laurent; as you’ll see on your visit, there are 400 species of palm trees and 1800 varieties of cacti here. Walk through the Medina of Marrakech, stopping to visit the Ben Yousef Madrasa; founded in the 14th century as a Koranic school, it is now a museum. Continue your walk among the souks to lunch at a local restaurant. Return to your hotel for an afternoon and evening spent as you wish in Marrakech.

After breakfast departure to Essaouira, day to enjoy the medina full of craftsmen of this coastal city, its walls, and Portuguese beaches.

Today early morning, travel to Casablanca, the largest city in Morocco. Casablanca’s history goes back thousands of years as the Berbers established settlements there around the 10th Century BC. Famed civilizations such as the Phoenicians and Romans were known to have traveled through there as well. During World War II, the city served as General Patton’s headquarters for the North Africa campaign, and the host of the 1943 meeting between the heads of state to plan the Normandy landing. Upon arrival, enjoy a bus tour of the city including the exterior of the Hassan II Mosque*, the largest Mosque in Morocco, and the beautiful Corniche seaside. View Mohamed V Square and Notre Dame de Lourdes Cathedral. Take in all of this and more throughout your day. Your last night features a special Farewell Dinner at a local restaurant *Please note: Interior visits during afternoon leisure time may not be possible due to winter prayer schedule Overnight: Casablanca.

Transfer to the airport for your departure flight. Meals: Breakfast.

What’s not included in 11 Days Private Tour to Merzouga : 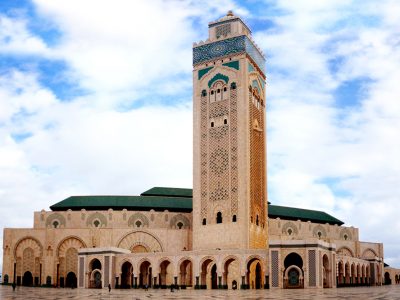 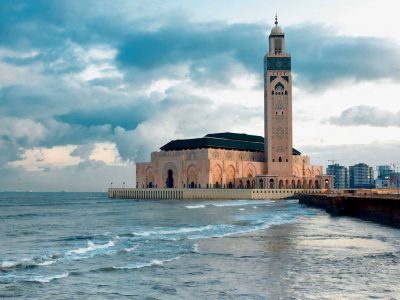 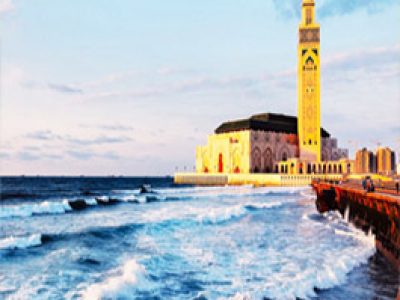 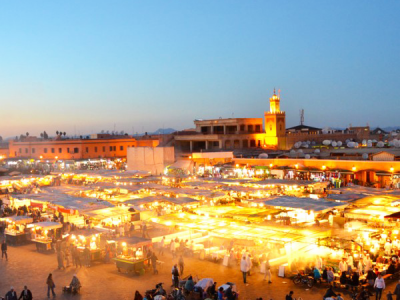 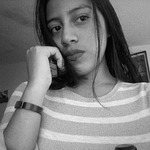 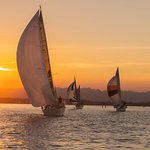 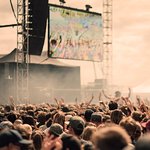 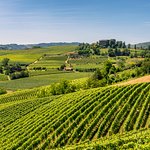 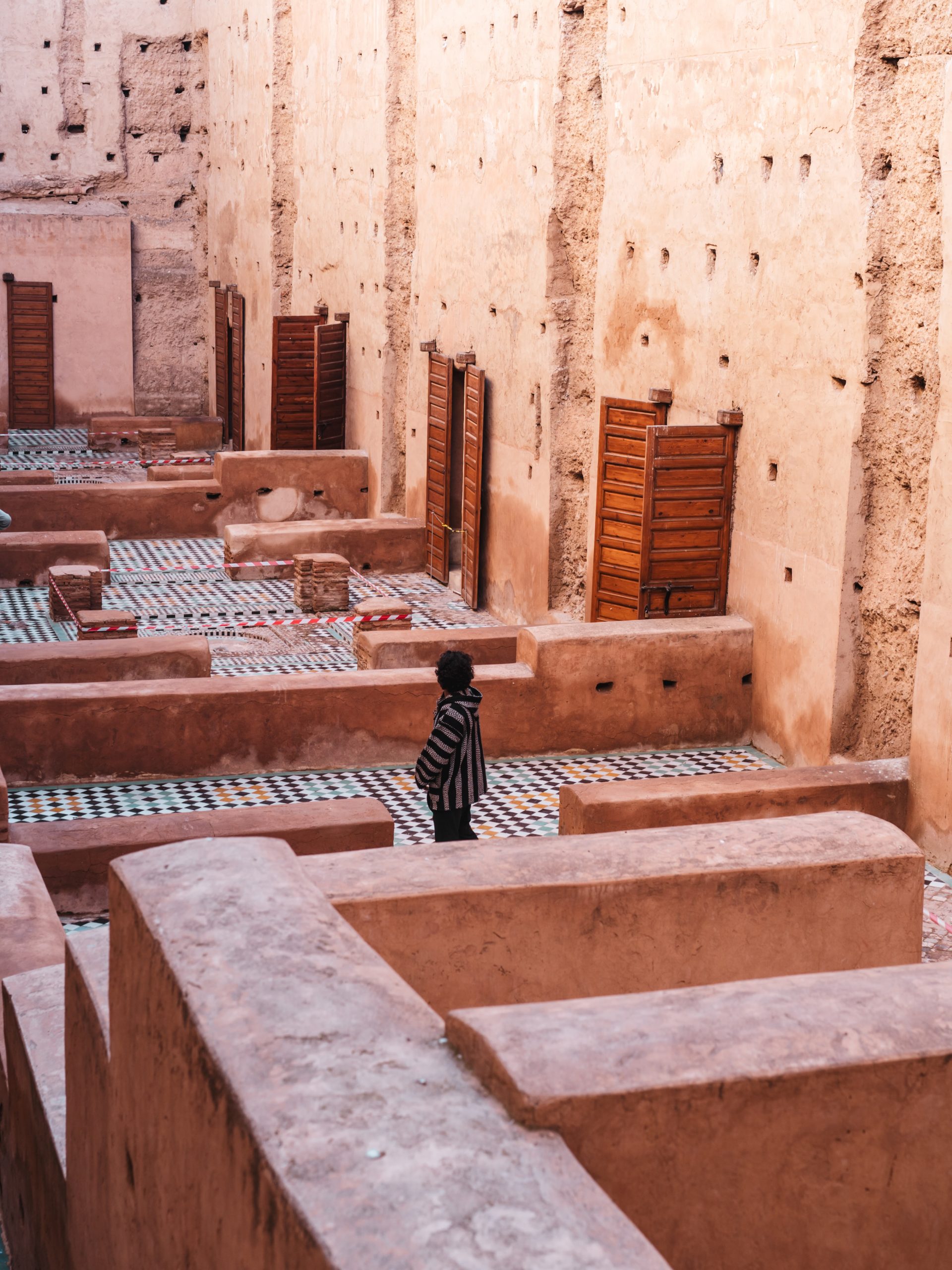 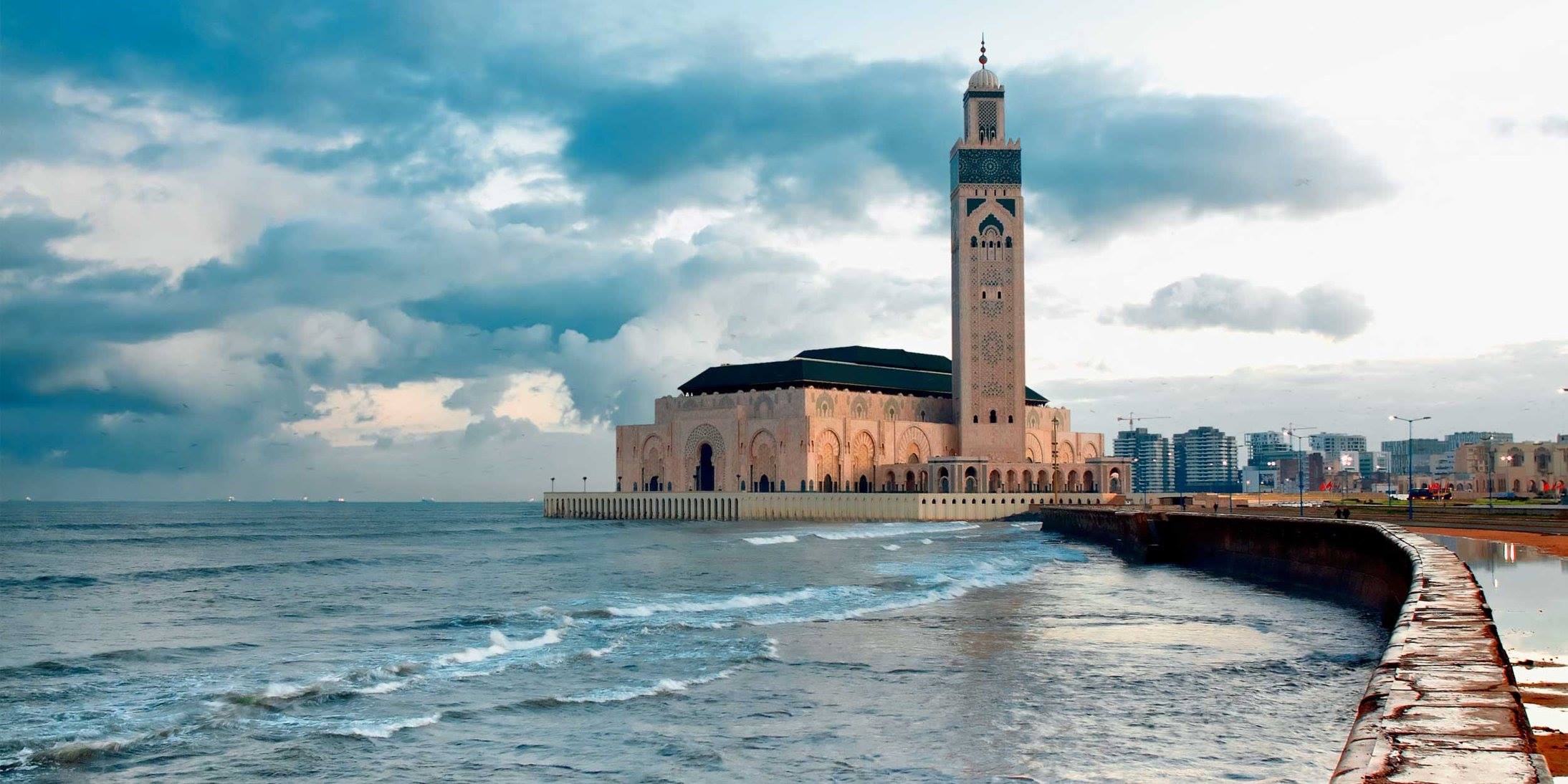 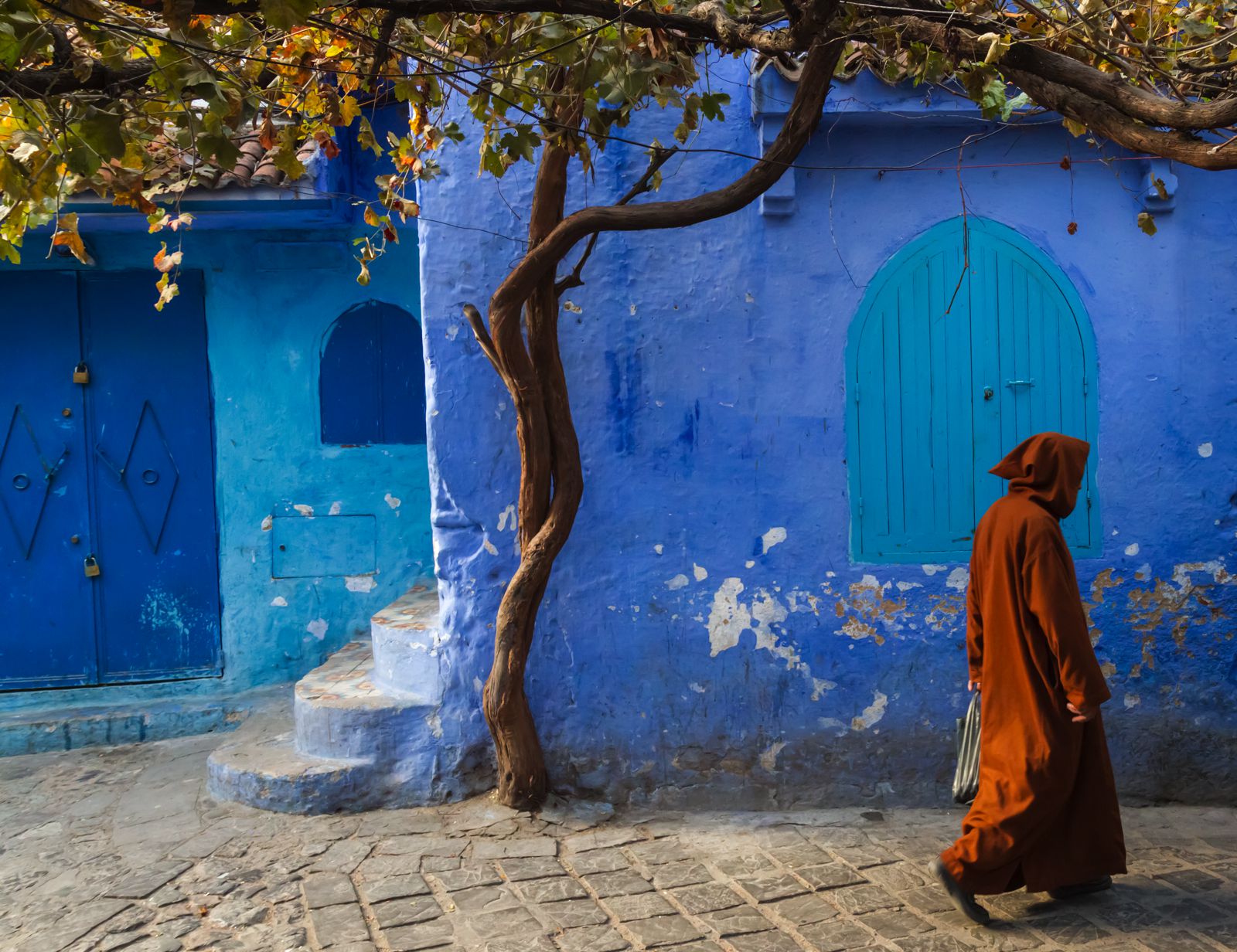 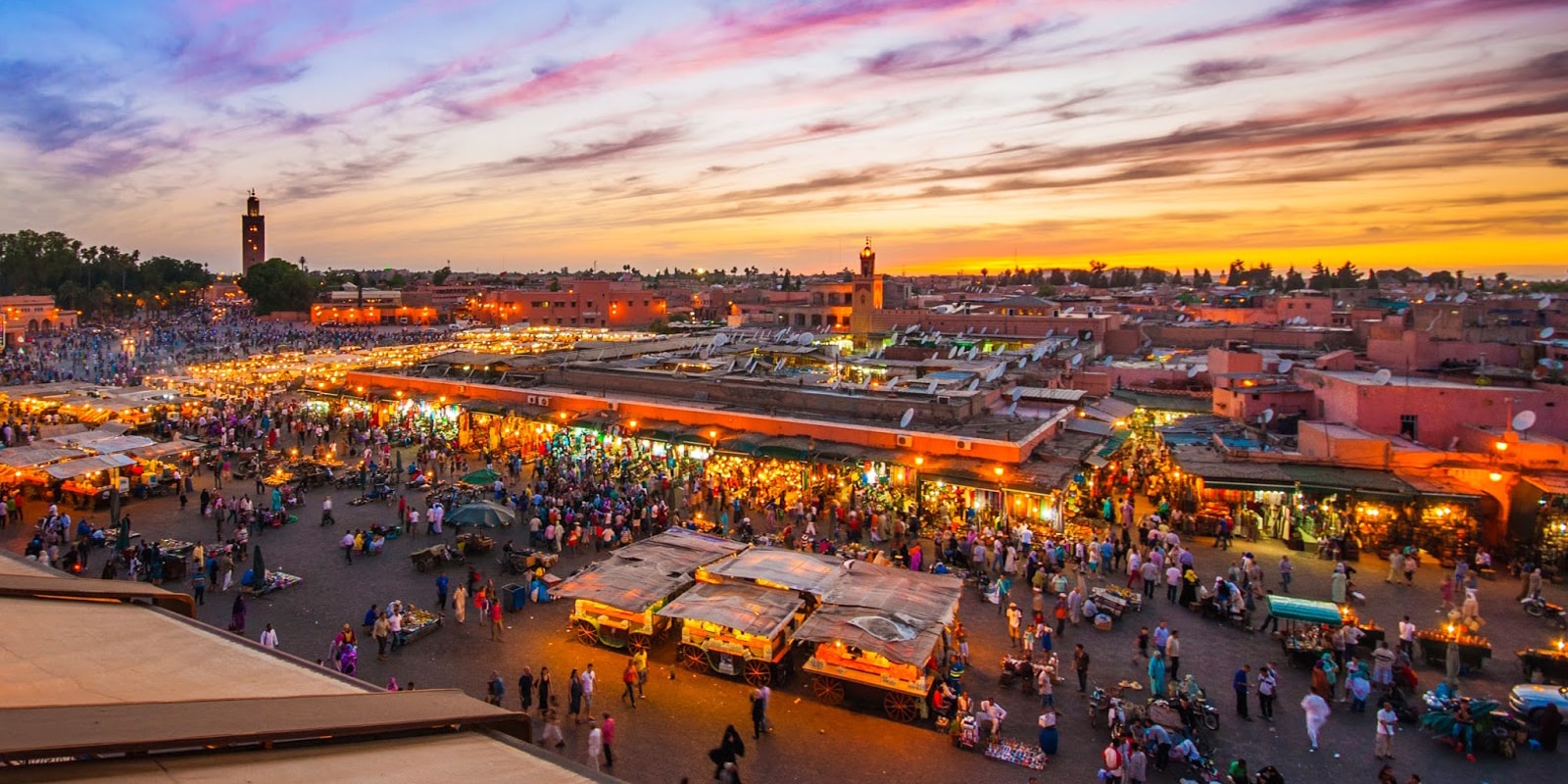 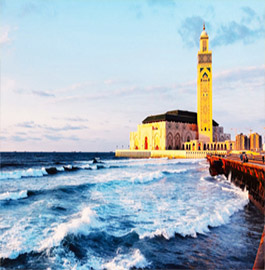 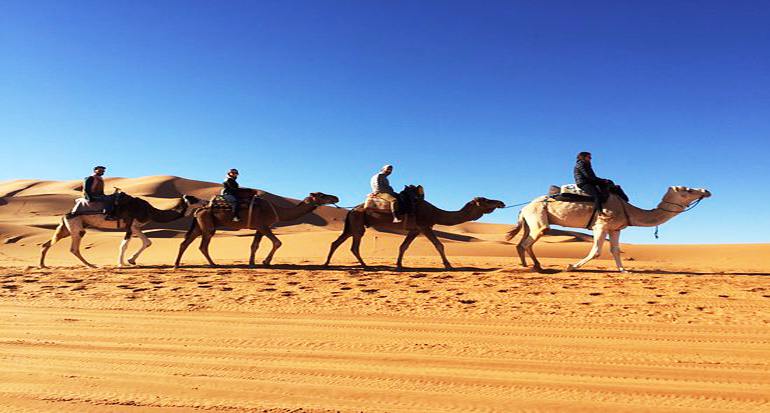 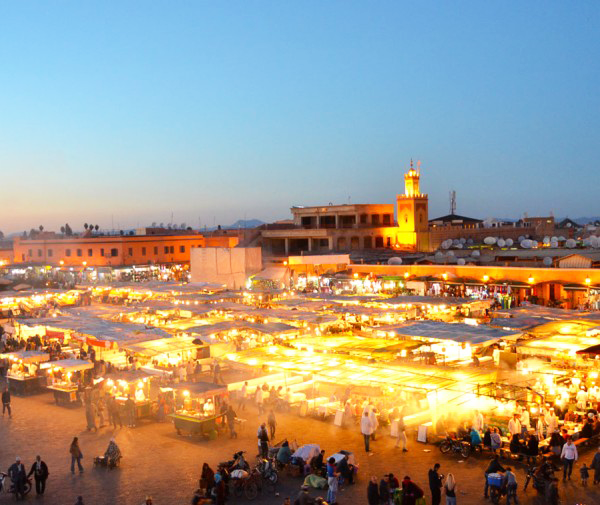 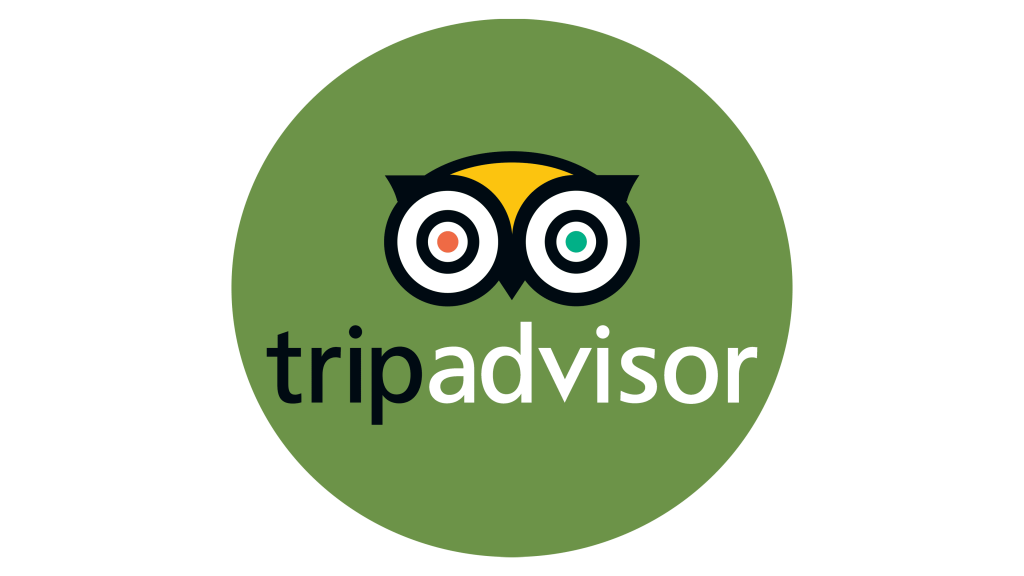